Did you know that the human body has a system that is specifically designed to interact with cannabinoids like CBD? Learn all about this amazing system in our latest guide: The Endocannabinoid System 101

In an effort to explain why cannabis affected humans, an organic chemist at the Hebrew University in Israel in the 1990s made a discovery that would change how the world viewed the cannabis plant forever. Dr. Raphael Mechoulam, which is also credited with uncovering THC in 1964, discovered the endogenous or endocannabinoid system (ECS) is part of the human body.

With that exciting find, the good doctor moved ahead with his team to uncover something even more fascinating: the brain produces its very own endocannabinoids. From one pivotal discovery, a misunderstood plant with a bad rap immediately evolved into something worthy of the world’s attention. Now, decades later, we are just starting to truly understand how cannabinoids like CBD (cannabidiol) could play a vital role in human health.

To truly harness the potential of CBD, taking a crash course in Endocannabinoid System 101 is important. At Nirvana CBD, we’re passionate about the hemp-derived CBD products we have to share, but we’re just as focused on making sure you know why CBD is worthy of your attention. So, we’ve pulled together the specifics about the endocannaboid system to get you off to a knowledgeable start.

So, What Exactly Is the ECS? 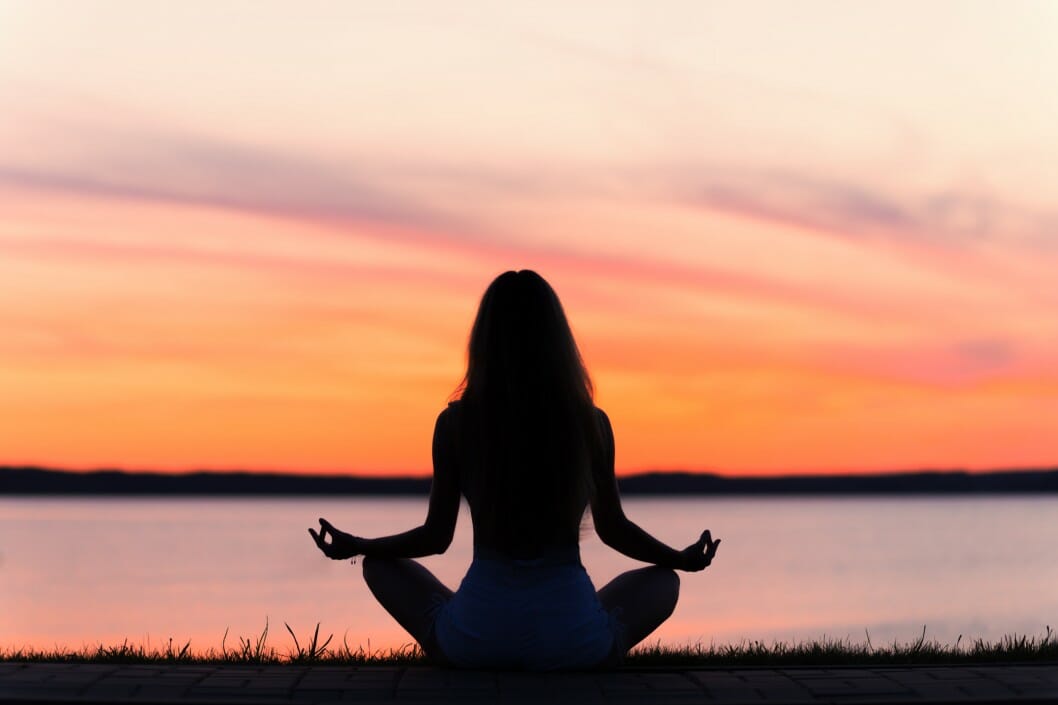 The ECS may very well be one of the most noteworthy bodily systems. Even though the system was discovered almost two decades ago, it is only recently being examined and better understood by researchers. The system, on the most basic level, is a series of receptors that directly interact with enzymes and compounds within the body. The receptors of the ECS are found in the brain, the organs, the central nervous system, the peripheral nervous system, and are especially concentrated in immune system cells.

What Does the ECS Do and Why Is It Important?

With an understanding that the ECS is a complex system of signaling receptors, it is understandable the system could play a role in the regulation and balance of a long list of bodily functions. Even though we don’t yet fully understand every way the ECS plays an important part in human health, so far, scientists do know the system may be linked to things like: 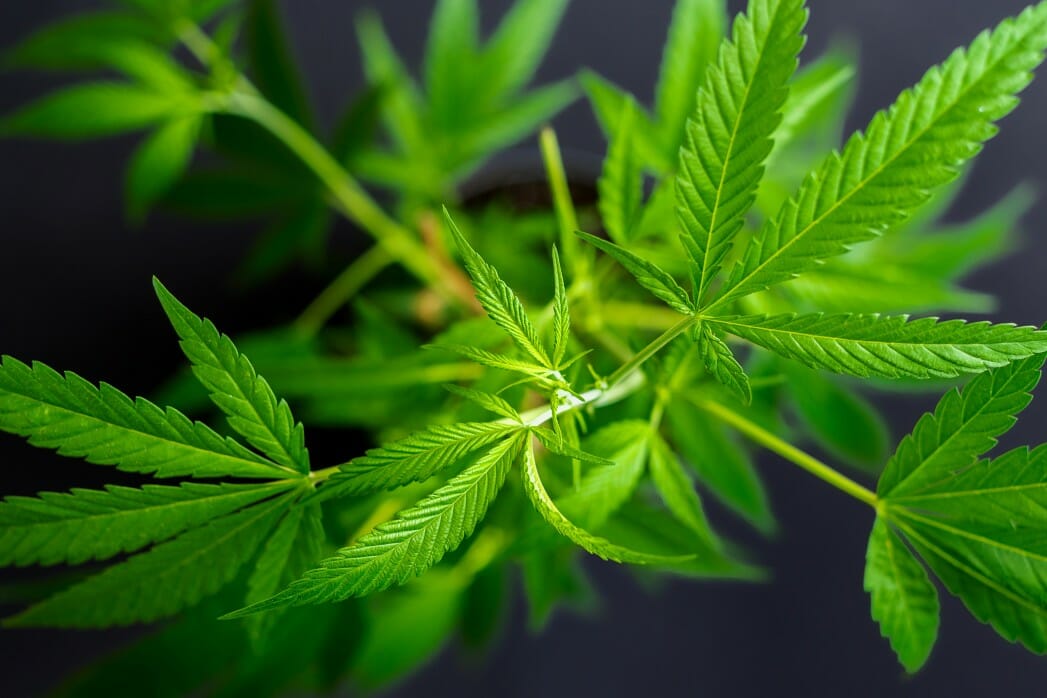 Some researchers believe the ECS has a huge job to do; the system may actually be responsible for helping to maintain overall health and balance within the body. This healthy balance is often referred to as homeostasis, which is essentially all interdependent elements within the body working together in harmony for overall well-being.

How the ECS Works

With a formal introduction to the ECS behind us, it’s time to dive into the specifics of how the ECS works. Such a complex system can sound intimidating to understand, but it all comes down to three important components: cannabinoid receptors, ECS enzymes, and endocannabinoids.

Cannabinoid receptors act almost like a complex distribution center. As noted, these receptors are found hanging out in various parts of the body. The two primary receptors are CB1s and CB2s. Endocannabinoids bind to the receptors and as a result, generated signals are sent out to the cells affiliated with that particular receptor.

Endocannabinoids are molecules that are created by your body and are highly similar in form and function to cannabinoids from plants. The two primary endocannabinoids discovered so far are anandamide (AEA) and 2-Arachidonoylglycerol (2-AG). Your body pretty much churns these out as needed, the cannabinoid receptors interact and take what they need.

After endocannabinoids have served their purpose, they have to be handled as a waste product. First, the molecules have to be broken down, which is what the ECS enzymes are equipped to do. AEA is broken down by an enzyme known as fatty acid amide hydrolase, and 2-AG usually gets broken down by another enzyme monoacylglycerol acid lipase.

Introducing Phytocannabinoids: The Relationship Between the Hemp Plant and the ECS 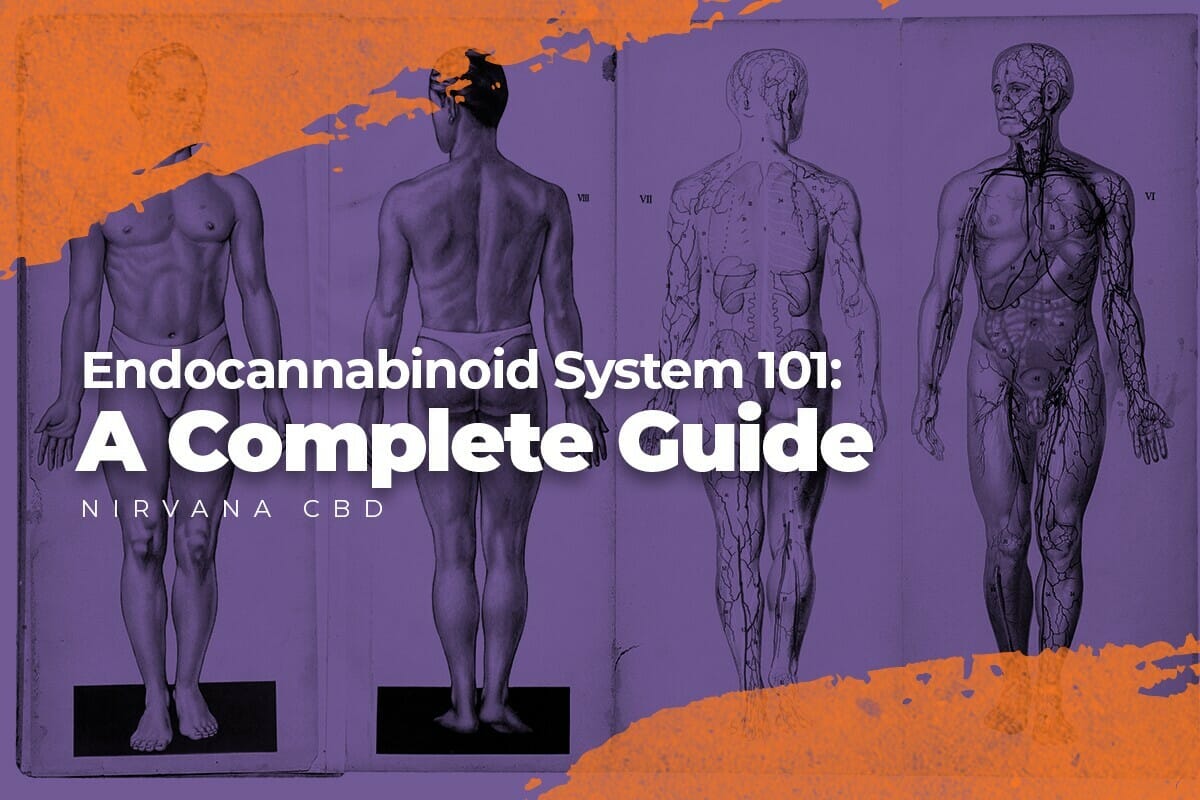 The endocannabinoids produced by the body and the phytocannabinoids found in hemp are almost identical. CBD, one of the most highly researched phytocannabinoids, seems to interact with cannabinoid receptors in a totally unique way; they don’t bind to the receptors but seem to support the production or presence of natural endocannabinoids in the body. In addition, some researchers believe CBD has some of its own benefits within the ECS. A lot remains to be studied, but there are many suggestions that CBD may help with things like pain, inflammation, and a list of other ailments due to how it interacts with the ECS system.

On the other hand, THC does bind to ECS receptors. In fact, it has been found to bind to both types of known receptors, which may have a part to play in the euphoric feelings the cannabinoid can produce.

We are just getting to know the many phytocannabinoids in the cannabis plant, including CBD. But one thing is for sure, the future of cannabinoids is looking really bright.

The Case of Endocannabinoid Deficiency

The research on clinical endocannabinoid deficiency (CECD) is just getting started, so there is a great deal we don’t know just yet. Some professionals do theorize that CEDC and ECS dysfunction may contribute to the development of certain hard-to-explain conditions.

A 2016 review suggested CEDC may explain conditions like irritable bowel syndrome or even fibromyalgia. If these theories turn out to be true, supplementing with phytocannabinoids could be a breakthrough for both the prevention and treatment of syndromes that may be hard to treat.

Final Thoughts on the ECS, CBD, and ECS Support

So much information is surfacing about the ECS, cannabinoids, and the roles both could play in our overall health and balance as human beings. As time goes on, there is no doubt new studies and developments will make cannabinoids an even bigger part of life.

If you are ready to incorporate CBD into your lifestyle, take a look at our lineup of premium, broad-spectrum CBD products at Nirvana CBD.

Thanks for joining us for our latest article about ECS! I hope that our Endocannabinoid System 101 guide helped to provide valuable insights and helpful information that can help broaden your understanding of cannabinoids like CBD and how they work with your body.

Be sure to check out our CBD blog for more helpful guides, news, stories, and more.

Do you have any thoughts or questions about this post? We’d love to hear them! Post a comment below and we’d love to engage with you!

The information contained in this article is not intended to serve as a substitute for advice or guidance from a certified doctor or lawyer. Before trying Cannabidiol (CBD) or purchasing any CBD product, you should always conduct your own research and consult with your doctor. While CBD was classified as “generally well tolerated with a good safely profile” by the World Health Organization (WHO), further research is needed in order to evaluate the safety and effectiveness of CBD on a generalized basis.

Nirvana CBD products have not been evaluated by the Food and Drug Administration (FDA) and are not intended to diagnose, treat, cure, or prevent any disease.

About the Author: Nirvana CBD