When it comes to cannabinoids, cannabidiolic acid or CBDa is one of the most prevalent constituents in the hemp plant. Learn all about CBDa in our brief guide.

While you may know CBD (cannabidiol) well by now and feel positively acquainted with THC (tetrahydrocannabinol) thanks to its … reputation, these cannabinoids are just a tip of the hemp-covered iceberg. In fact, neither CBD nor THC starts out as such prolific cannabinoids when those gorgeous green plants first emerge.

When you delve into the scientific processes of how all the popular cannabinoids come to be, you learn pretty quickly that cannabidiolic acid (CBDa) is one of the starting points. In fact, without CBDa, there would be no CBD. What is CBDa, how does it compare to CBD? We’ve pulled together a quick guide to get you better versed in cannabis-family plant chemistry.

What Is Cannabidiolic Acid (CBDa)? 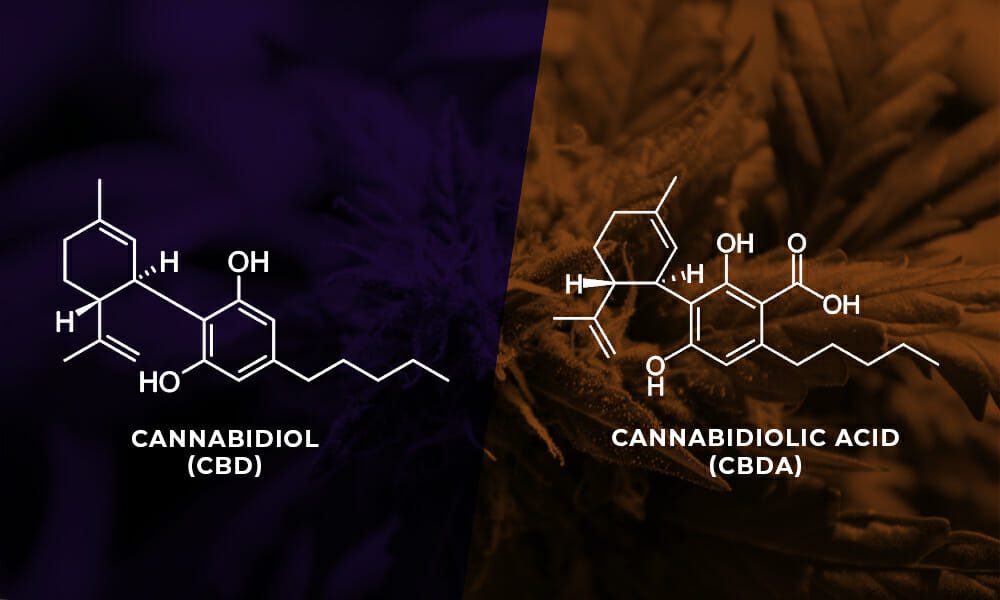 CBDa is actually deemed as one of the most prevalent constituents in hemp plants. In scientific terms, CBDa is a cannabinoid acid, not technically a cannabinoid—yet. CBDa happens due to a synthase process during the growth process of the plant, and is later converted into CBD.

Essentially, the root of all cannabinoids is the “Mother of All Cannabinoids” known as CBGA (cannabigerolic acid). When CBGa goes through synthesis processes as the cannabis plant grows, CBGa can translate to a number of cannabinoid acids, including CBDa and THCa (the THC precursor). Once these precursor acids are exposed to heat or other actions, the acids decarboxylate, losing their acid molecules. Therefore, CBDa translates into CBD; likewise, THCa would translate into THC.

CBDa vs CBD: The Primary Differences in the Body 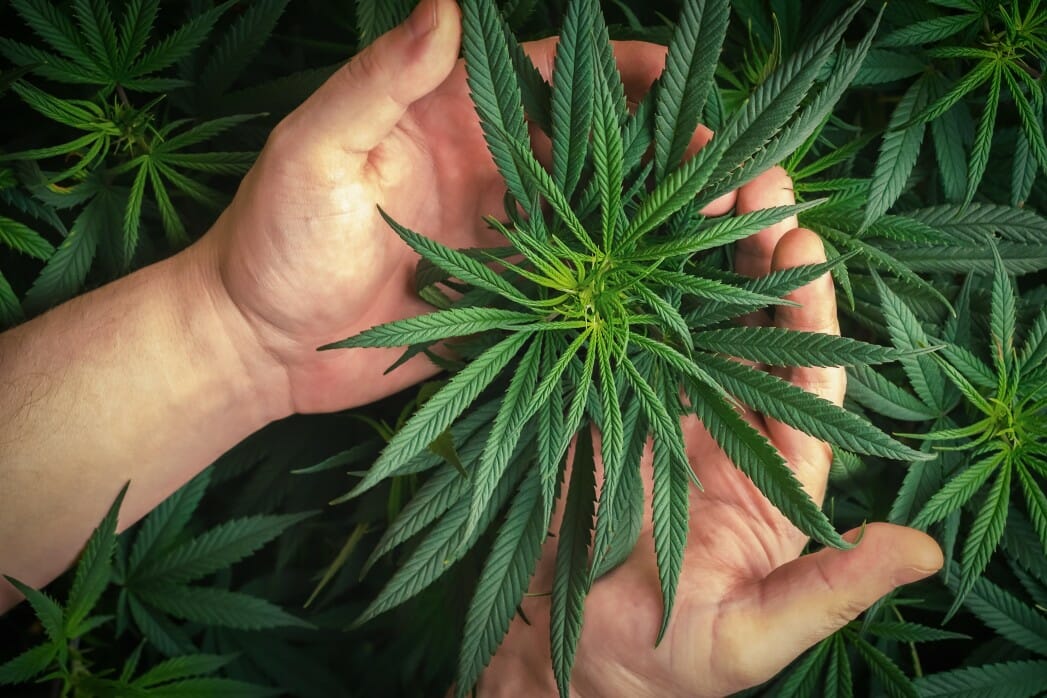 CBDa may be a precursor to CBD scientifically speaking, but the two can have slightly different actions within the body. CBDa seems to show a higher affinity to certain cannabinoid receptors in the nervous system and certain enzymes used during nervous system response relayed by the endocannabinoid system (ECS). Just as CBD, CBDa is non-intoxicating. It’s not going to deliver any type of “high” feeling.

While CBD and its parent compound do have a lot of similar actions, CBDa does seem to offer more prolific actions outside of the ECS. Some published research even suggests that CBDa may be as much as 100 times more actionable than CBD on 5-HT1A receptors found in the brain. The activation of 5HT1A receptors can have an anxiolytic effect. This is only one known example of how CBDa could prove to be just as, if not even more, valuable than CBD for certain issues.

So far, research into CBDa has been conducted primarily on animals, but more interest in this precursor cannabinoid is really gaining traction in the scientific community. The initial research is proving CBDa benefits to be well worth further clinical investigation and formal human trials. Unfortunately, CBDa is much less stable than CBD; it can be decarbonized rather easily in an uncontrolled environment, which can be a challenge in research efforts. Here is a look at a few things we know so far about the benefits of CBDa.

CBDa seems to inhibit certain proteins related to inflammation known as COX-2 enzymes. In fact, researchers in one study stated that CBDa carried out a similar action as non-steroidal anti-inflammatory drugs (NSAIDs) when it came to decreasing inflammatory response related to certain conditions.

CBDa for Nausea and Anxiety

In 2013, scientists discovered that CBDa binds to a pertinent serotonin receptor, which is highly affiliated with two highly prevalent conditions: anxiety and nausea. During the study, CBDa was given alongside a traditional medication given to chemotherapy patients, but the outcome was still highly positive. researches stated within the study that CBDa seemed much more likely to help with both nausea and anxiety than CBD because of its actions.

In an exciting turn of events for CBDa, researchers recently discovered that the cannabinoid acid could potentially be stabilized by converting it into another derivative. The derivative, cannabidolic acid methyl ester, has recently been opened up for partnerships among scientists and medical communities.

CBDa was determined to have a “high inhibiting effect” on microbiological Bacillus cereus spores in one study. Researchers deemed the cannabinoid as having a sporostatic effect due to this finding, which could eventually be valuable for the treatment of certain types of infections.

Is CBDa Legal? What You Should Know 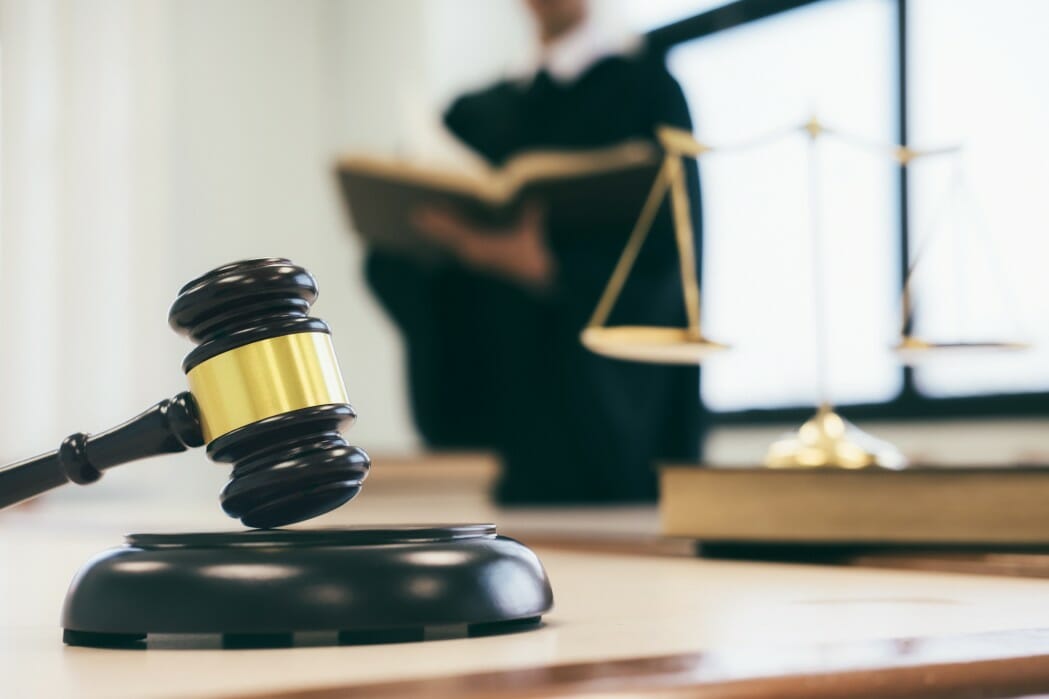 CBDa is legal because it is simply the parent molecule of CBD. The CBD cannabinoid became legal in 2018 with the passage of the prized Farm Bill that set a new path for hemp and cannabinoids. As long as you are buying hemp-based products with less than 0.3 percent THC, you are perfectly within the legal outlines of the federal government.

You Know CBD, So Maybe It’s Time to Meet the Parent: CBDa

So, when it comes to CBD vs CBDa, you’re essentially comparing a parent and child. The parent of CBD may just have something valuable to offer all of us. If you are curious about CBDa, make sure you opt for broad-spectrum, hemp-based products like ours from Nirvana CBD. With a long list of hemp-based products, such as CBD gummies, CBD topicals, and broad-spectrum CBD oils, we give you access to an authentically enlightening experience.

Thanks for reading our latest guide about Cannabidiolic Acid! Be sure to sure your newfound knowledge with anyone in need and don’t forget to check out our official CBD blog for more articles, guides, and more.

The information contained in this article is not intended to serve as a substitute for advice or guidance from a certified doctor or lawyer. Before trying Cannabidiol (CBD) or purchasing any CBD product, you should always conduct your own research and consult with your doctor. While CBD was classified as “generally well tolerated with a good safely profile” by the World Health Organization (WHO), further research is needed in order to evaluate the safety and effectiveness of CBD on a generalized basis.

Nirvana CBD products have not been evaluated by the Food and Drug Administration (FDA) and are not intended to diagnose, treat, cure, or prevent any disease.

About the Author: Aaron Cadena